Which ball will reach the bottom first?

Place the balls at the upper end of the tracks. Set the balls rolling down the tracks at the same time.

The ball rolling down the longer, curved track will be the first to reach the bottom.

The speed of both balls as they reach the bottom is the same, because they receive the same kinetic energy as they move the same distance on a vertical plane. The ball rolling down the curved track is faster at the start, because its speed of acceleration along the steep track is greater. Due to this fast initial acceleration, this ball will have a faster time, even though its acceleration at the gently sloped end of the track is slower and its track is longer than the straight track. In this race, it would be in vain to put your hopes in any final sprint for the finish line!

A track along which an object will descend the fastest or roll, as a result of gravitational pull, the distance between two points of differing heights without any frictional resistance is called a brachistochrone curve. The mathematical shape of the curve was studied – and explained – already during the 17th century by famous scientists including Newton. The curve is known as a cycloid.

A point on the circumference of a rolling circle draws a cycloid. If we attach a small lamp to a bicycle tire and drive with the bike in the dark, a camera that is set to a slow shutter speed will take an image in which it appears that the light from the lamp forms a cycloid pattern in the air. 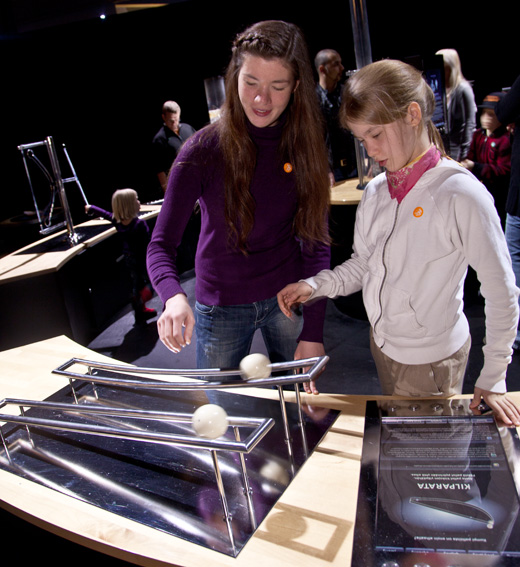 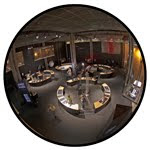